The Yukon first captivated Amy Kenny’s heart when she toured through the territory on a cycling adventure 16 years ago. For years after she returned to her hometown of Hamilton, Ontario, the avid runner couldn’t shake the feeling that the Yukon was beckoning her back.

In 2016 she caught wind of an opportunity to work at a Whitehorse newspaper. Amy applied, got the gig and never looked back. The Yukon spoke to her spirit; its mountain air fueled her love of running; she found kindred spirits in a welcoming, active community and came into her own as an ultramarathoner and personal trainer who couldn’t imagine living anywhere else.

Amy fell in love with the majesty of the mountains, the rugged, root-riddled trails, and the wilderness access right at her condo doorstep.

“I can be on a trail in three or four hundred metres. If I wanted to leave and not come back for a week, I could. And you can’t get that anywhere else.”

These trails aren’t just accessible but are quite literally the route less travelled, giving Yukon runners a training edge.

Her results speak to that; Amy’s conquered some formidable races, including a 50-mile race in Phoenix and the Yukon’s own ultramarathon called the “Reckless Raven” in 2018, where she placed third. She’s also undeterred by the Yukon’s freezing temperatures, having raced in -40 conditions. “Winter is beautiful here in a way that I don’t know you can necessarily find in other places.”

But each season offers something unique. If pressed, Amy says fall is her favourite with its jaw-dropping display of fleeting colours. The full days of summer sun have perks too. The bright nights can mean that your battery always feels charged, as if you have twice the time to do what you love. For Amy and her running pals, that often means hitting the trails more than once a day.

This kind of dedication is only possible when you’re moving for more than fitness. Distance running on the endless trails of the Yukon is the backbone of Amy’s lifestyle.

“I don’t think of it as something I should do for myself if I want to stay healthy. I just couldn’t imagine not doing it!” 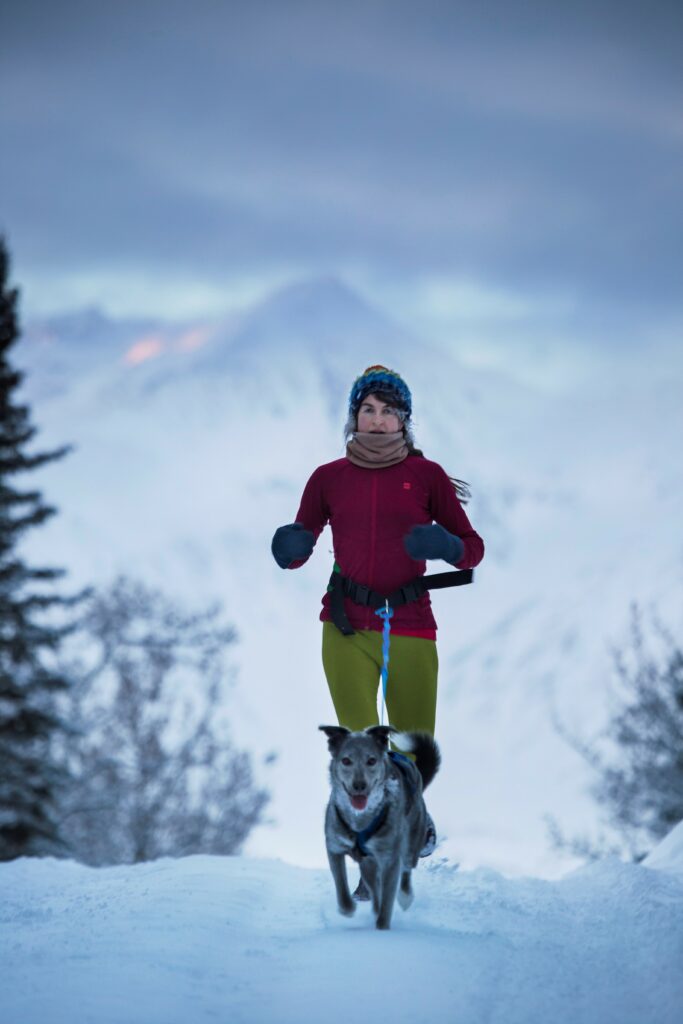 Running through the diverse, breathtaking landscape – sometimes clocking 90 kilometres a week – puts her problems into perspective; Amy says this ritual reminds her of what matters.

“That’s part of the reason I do it. It strips away everything that’s not important. I don’t know if you can feel any smaller and less significant than you will here. It’s so huge and it’s so beautiful.”

This awe-inspiring vastness evokes an exhilarating sense of exploration and discovery, a feeling Amy knows well. However, there’s a balance, she says, an awareness required when traversing this terrain. “It’s important to know whose land you’re on. It looks like there’s nobody around for a million miles and it can be easy to assume it doesn’t belong to anyone. But visitors should know whose land they’re on because there’s not just a rich First Nations history here but a rich First Nations presence here right now.”

Amy’s connection to the Yukon is clearly about more than having wide-open spaces to run. She describes her love for her community, reverence for the wilderness and passion for her sport completely free of pretense and ego that one might expect from a person who’s achieved so much. Because, it seems, in the Yukon, no matter how epic your run or tough your trail, you’re constantly in the shadow of giants – in the landscape and in the spirit of this different world. 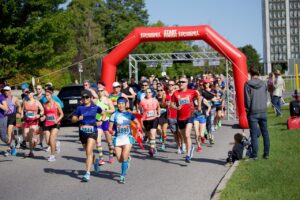 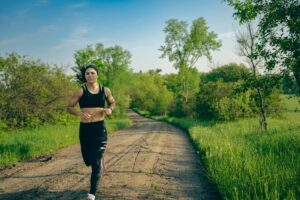 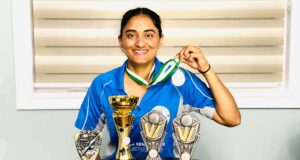